What’s the first thing you think of when you hear that someone has a blog?  You probably think that it’s their own little corner on the internet where that person shares their perspective on life or what they saw at the movies last week.  Well, you’re right – a blog is generally an online diary for most people, including myself.  Blogs are a way to share personal stories or useful information based on what that particular blogger feel like writing for the day.

In short, bloggers write what they want to write. 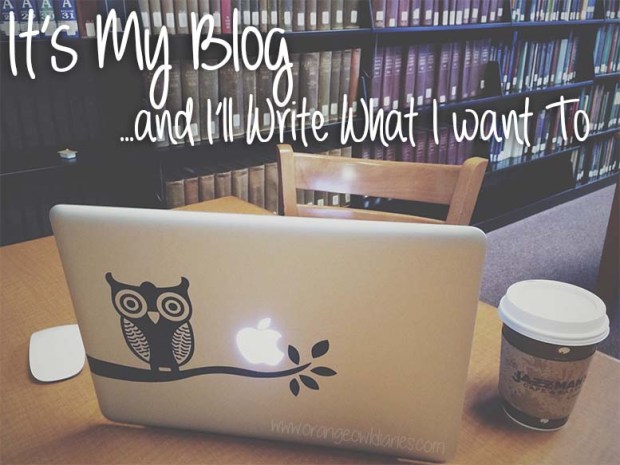 I was inspired by Lindsay’s latest post over on Bourbon, Lipstick, and Stilettos where she made a comment that she read a comment on a blog by someone who said they, “hate bloggers and their lists.”

First of all, ouch.

I personally love lists, and I write them as well.  Lists are just another way of sharing information… so what’s wrong with that?  In fact, I think lists are easier to read at times, especially when I’m reading a blog from my iPhone.

They’re not going to be offended, or at least I know I won’t be.

When I opened up my space here on the Internet it was so I could write what I love writing about.  Of course it’s nice to write a post that draws in a ton of readers, but if I write a post that the majority of people aren’t too crazy about, then that’s okay too.

What’s the point in having a blog if you only write to please others instead of yourself?