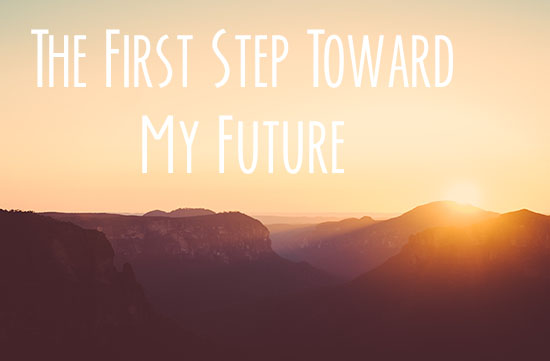 It’s less than four months until I graduate college.

There’s a possibility that a part of my brain is still in denial that come May, I will actually be walking the stage and leaving the school I’ve been at for the past three years to enter the real world.  There’s also that skeptical side that is just waiting for someone from the school to call me up and say that I still need such-and-such course to graduate, since that happened to me this past summer.

Despite what that small, misguided part of my brain is thinking, the reality is that I will be graduating and I will be entering the real world.

To prove to myself that this will actually be happening in just under four months, I took my first step yesterday and applied for a paid-internship that begins in June.  I can’t lie though, my mom actually found it for me through the job alerts she gets in her email.  Still, she sent it to me and it sounds like a great opportunity, even if it is only for a year.

The most terrifying part about actually applying to this internship is that it’s located down in North Carolina.  I mean, I’ve always wanted to move down south because I’m just done with these New England winters, but to actually take that step toward the possibility of moving away from my friends and family… that’s scary.  Luckily, I do have a few cousins who live in North Carolina (and Florida as I’ll be looking for jobs there).

I feel very confident about my future, but I won’t lie and say that I’m not scared, because I am.  I almost want to say that I’m terrified, but I know that God holds my future and is directing my path.  Plus, He’s given me the best partner-in-crime I could ask for (aka: my mom) to go along for the ride.

What more could I really ask for?

8 thoughts on “First Step Toward My Future”