I often finds things related to being a bookworm that can be sort of a problem.  Most of the time it’s little things that others might not understand if they’re not a bookworm themselves.  However, I know plenty of people who love to read and I’m sure they, and many others, can sympathize with these common problems we face as readers. 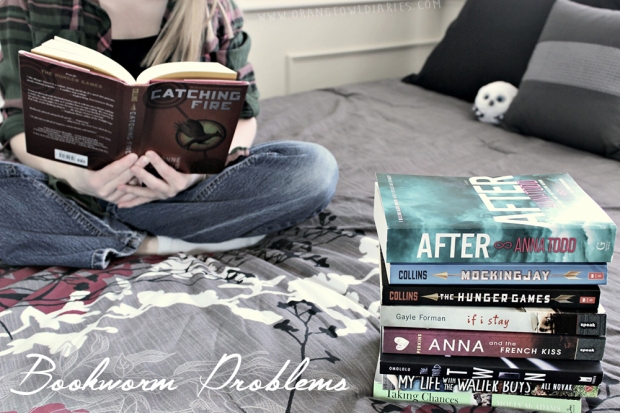 Okay, so I’m going to stop there.  Trust me, I could easily keep going, but I’ll save that for another time.  Out of the ones here I’d have to say the most annoying ones are the movie covers and my stubbornness to keep reading a book I clearly don’t like.  That’s really just a bad habit that needs to be stopped.

Which of these 15 problems bother you the most?