I’ve been a Yankees fan for as long as I can remember, and I’m talking back since elementary school.  That long.  Though I don’t really watch baseball as much since becoming a football fan, I still love my Yankees.  There’s one problem though… all my Yankees retired.

It’s something that every sports fan has to deal with, having favorite players leaving the team.  I don’t think I’ll ever love any Yankees players as much as the late 90’s-00’s team – they were the all-stars.  And for me, Derek Jeter topped them all.

Jeter was always my favorite player, just as he was for other fans.  Even fans of other teams loved Jeter; he was just an all-around good guy… and a hell of a player.  When I played softball, my favorite position to play was shortstop because it was Jeter’s position on the Yankees.  I actually wasn’t able to bring myself to watch his final season because I knew I’d get emotional, especially for the last game. 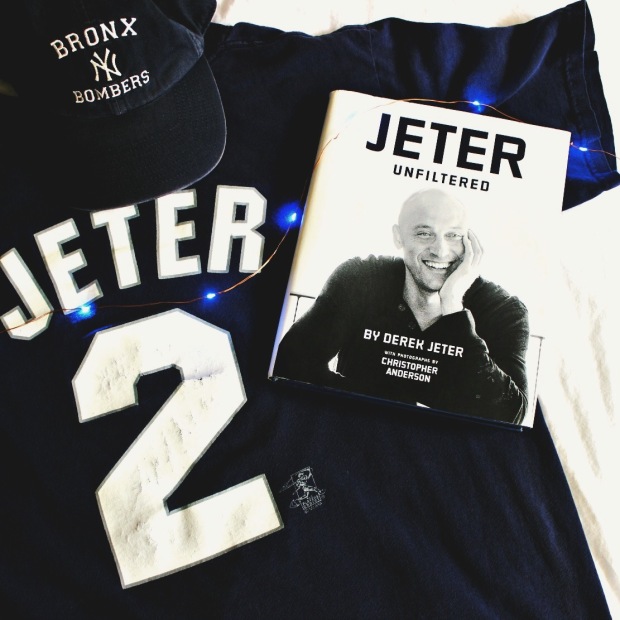 But last Sunday night I had to tune in for Derek Jeter night at Yankee Stadium because the Yankees retired his number.  Though I teared up consistently while watching it, I was overly happy for Jeter and that the Yankees recognized such an amazing guy that they had on their team.  I’m happy they decided to retire his number because there’s no way I would be able to stand seeing a different player’s name with the number two on a Yankees uniform – no way.

I think what would make Yankees fans really happy would be Jeter coming back to the team as a coach or manager.  I know there’s been talk of him buying the Florida Marlins, but that could change.  If I were in charge, I would’ve had Jeter back managing the team right after his retirement!  But there’s still time… he might come back to his team someday.

I hope he does.