Today I’m going to share a smoothie recipe, which is actually one of my favorites.  It was the third one that I wrote in my “the Smoothie Diaries” recipe book where I wrote down different smoothies I tried, either by following other recipes or building my own from ones I found.

Also, keep in mind that I use a personal size blender, which is good for one smoothie. 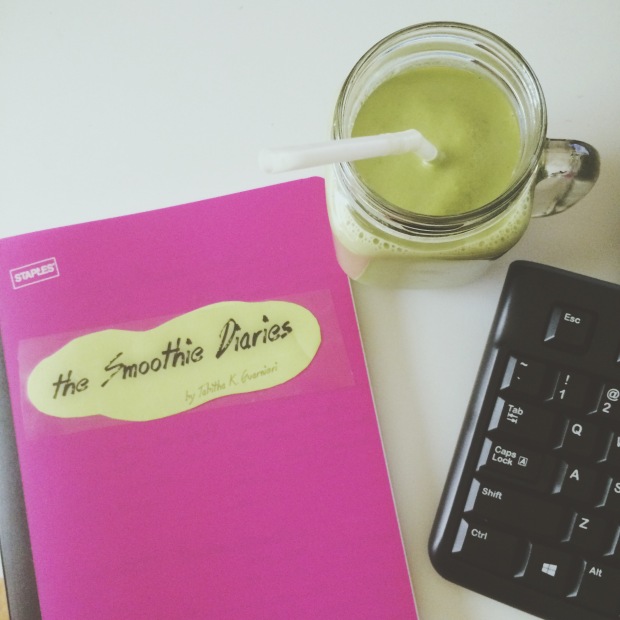 And that is my recipe for a peanut butter and banana smoothie.  I do sometimes throw in a handful of spinach to make it a little healthier.  The spinach has no effect on the taste, so it’s just a matter of whether or not I have some when I make the smoothie.

Let me know if you decide to try it!

What is one of your favorite smoothie recipes?