After months of contemplation and weeks of research, I have finally joined the bullet journaling community!  I have seen them on Instagram for about a year now, but never gave them much thought until earlier this year when I was looking for a planner.  I had decided against it back in January because I thought the whole process was too complicated.  Then a few weeks ago I started to really look into it more and decided to just do it.

Now that I’ve started, I’m realizing it’s not that hard at all. 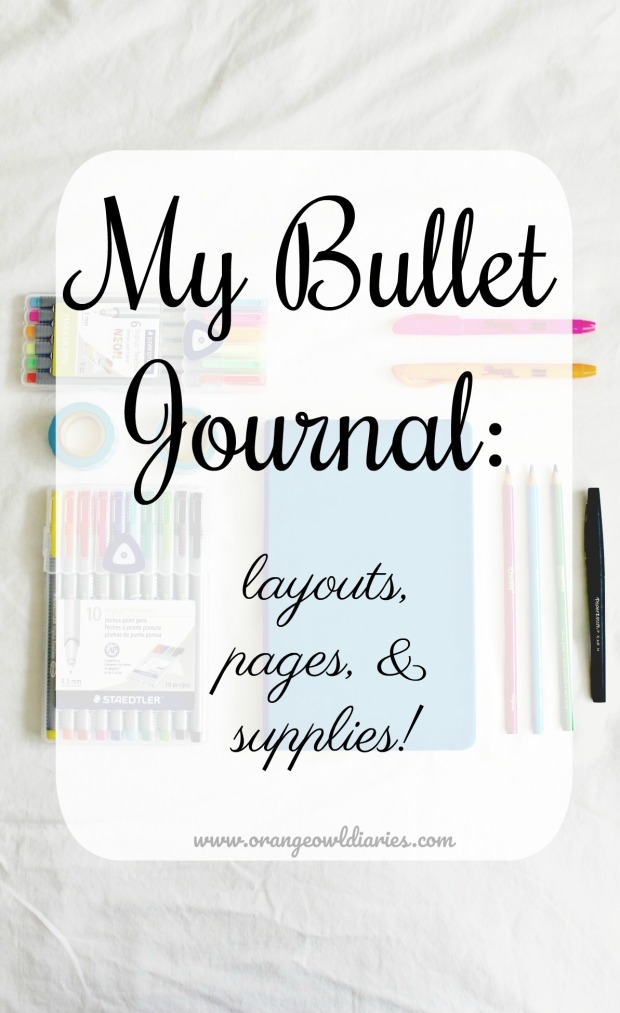 Though I guess that depends on if you want to make it really pretty or not.  I’m kind of in the middle.  I’m not an artist by any means, but I do like having some color in my journal.  It just makes it pop more when I’m going through it and when I’m actually doing the coloring it’s fun.

I spent quite some time browsing at different bullet journaling photos online to get some ideas of how to start it – what pages to include or not to include, how to set up a monthly/weekly spread… you know, all that fun stuff.  Here are some of the pages of my bullet journal… 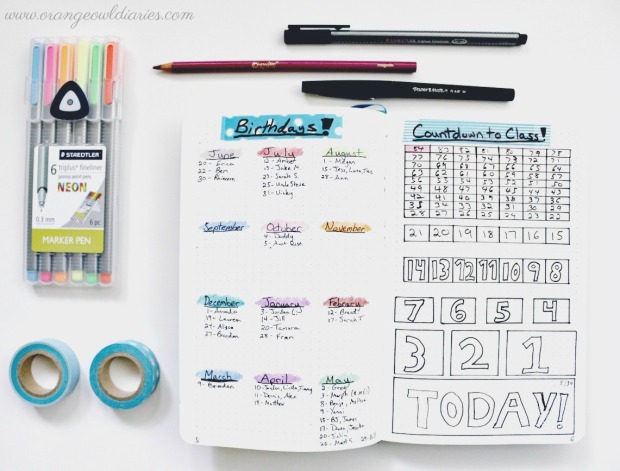 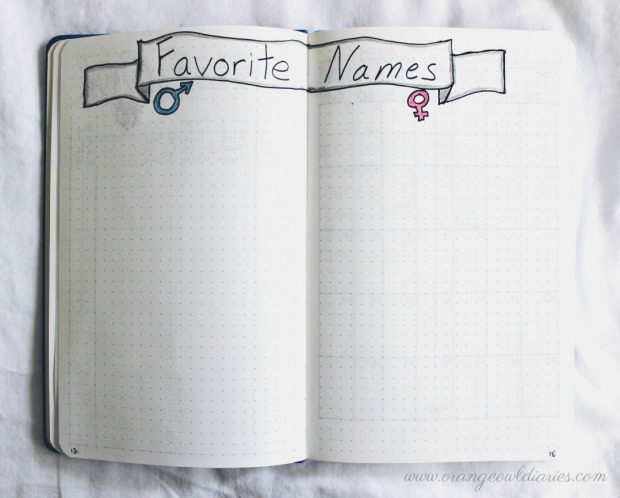 These were some ideas I had seen on photos of bullet journals from other people.  I’ve looked on Instagram, Google, and the official Bullet Journal site to get inspiration for these ideas.  I messed up a few times, but one of the main tips I saw from other people is to not get upset if you mess up.  It’s a journal – there’s no need to get upset over a little mess.

I also did some extensive research of different layouts for monthly and weekly spreads.  I knew right away I wanted to keep my weekly spreads to one page.  I’m not that busy during the week, so there’s no need for it.  Though maybe when I start school, I’ll change my mind.

I might try out some different monthly spreads over the next few months, or at least modify the current one.  I’d like to make the month calendar smaller and maybe add a habit tracker somewhere on the spread.  I’ll figure it out.

I know once I start school in the fall that I’ll be adding some kind of semester/assignment tracker to keep myself organized for my classes.  I should probably try to start planning that out so when it comes time, I can just add it in without any thought.

As for supplies, I spoiled myself a little.  I bought a new journal, some pens, and some colored pencils for my journaling.  Thankfully I had Amazon gift cards that I earned through Swagbucks so it didn’t cost me too much out of my bank account.  The only thing I don’t have yet are the colored pencils because they haven’t shipped yet.

Of course, I already had some Crayola colored pencils and sharpie highlighters.  There are some pastel midliner highlighters that I have my eye on, but they’re not something I need right away.

So that is my bullet journal everyone!  Or at least the start of it.  I’m excited that I started doing this and as a result, one of my co-workers will be starting one too because she had also been thinking about starting one.  Once she saw mine she realized it’s not as intimidating as it looks online.  So if you’re thinking about it as well, I encourage you to grab a notebook and start!

15 thoughts on “I Started a Bullet Journal”